The new, second trailer for The Batman has been released during DC’s 2021 FanDome event. The trailer offers a great taste of what this dark, noir style take on the legacy of the Batman will be like.

Thought the trailer was amazing and I’m excited to see this movie more than ever now. “The Batman,” with director Matt Reeves (the “Planet of the Apes” films) at the helm and with Robert Pattinson (“Tenet,” “The Lighthouse,” “Good Time”) starring as Gotham City’s vigilante detective, Batman, and billionaire Bruce Wayne looks set to be a box-office smash.

Following the leak of the trailer online, Warner Bros. have released the official Batman V Superman: Dawn of Justice teaser trailer early! Check it out!!!

Today the CW and Warner Bros Television have issued a new photo of Grant Gustin (Barry Allen) in full costume as The Flash.  The Flash costume has been designed by Colleen Atwood, a three-time Academy award winner, who also designed the costume for Arrow as well. The costume looks incredible faithful to the comic book version. The Flash Pilot is now in production, with a potential slot in The CW’s 2014-2015 lineup. 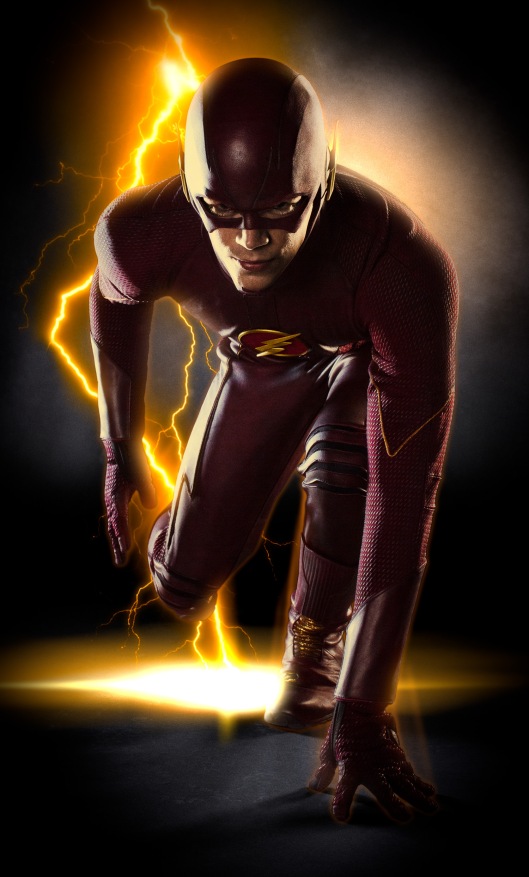 Rumours began circulating last November that a possible Justice League Dark movie was in the early stages of development. Now Pacific Rim director Guillermo Del Toro has officially confirmed to IGN that he is working on bringing this adaptation of DC’s popular comic series to the big screen for Warner Bros.

Justice League Dark was launched in September 2011 as part of Dc Comics New 52 reluanch of their entire range of comic books, with characters such as Batman, Superman, Wonder Woman, and the Justice League of America, sweeping aside many decades of continuity to give some of their most popular characters a whole new direction.

Justice League Dark brought together a group of DC’s more supernaturally powered characters from DC’s Vertigo range, to fight the forces of darkness. The team features such fan favourites as John Constantine from Hellblazer, Madame Xanadu, Deadman, and Zatanna. Of course John Constantine has already featured in his own feature film, Constantine (2005), played by Keanu Reeves – although the film hardly did the character justice.

Del Toro has said he is in the process of working on a script, one that will feature many familiar characters from Justice League Dark, hinting that a few other popular characters such as Swamp Thing and The Spectre might appear.

Although the film is still in the very early stages of development, with the success of Christopher Nola’s Batman Trilogy and the hype around the forthcoming Man of Steel, Del Toro seems optimistic that a Justice League Dark movie would be in keeping with Warner Bros placing DC’s characters in films with a darker, more realistic tone. We can only hope that Guillermo Del Toro can convince Warner Bros to green light this project as soon as possible. Justice League Dark (currently titled Dark Universe) would make a fantastic movie, featuring some of DC’s most unconventional characters, and with Del Toro involved we can only begin to imagine what arcane wonders he will create.