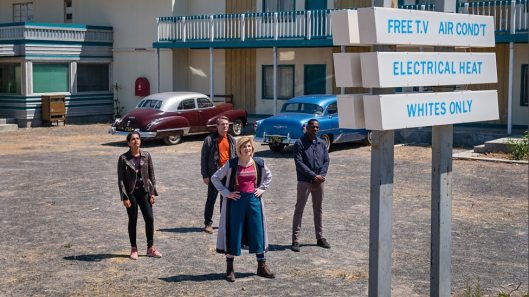 Rosa, the third episode of series 11, sees the Doctor (Jodie Whittaker) and her companions Graham (Bradley Walsh), Yaz (Mandip Gill) and Ryan (Tosin Cole ) take their first sojourn into the past when the TARDIS arrives in Montgomery, Alabama, in 1955 where they encounter someone attempting to rewrite the history of the black civil rights movement.

Written by Malorie Blackman and Chris Chibnall, Rosa is a very new and bold style of historical adventure for Doctor Who. Indeed, this is a powerful, even harrowing, return to Earth for the Doctor’s new companions as they visit the Deep South in 1955 and find themselves in a very different era from the one they live in… 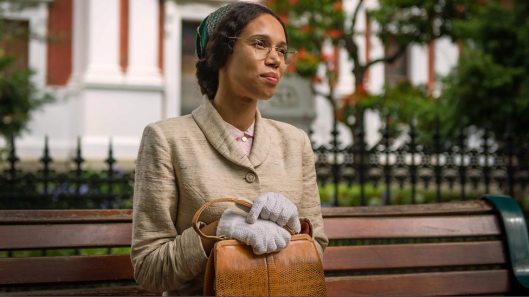 The seamstress, Rosa Parks, superbly played in this episode by Vinette Robinson, became a key figure in the civil rights moment on the day she refused to give up her seat on a buss for a white person. It set in motion a chain of events whereby the actions of this one woman would become a major turning point in history and result in brining far reaching change for the good.

There are strong performances all round in this episode, Bradley Walsh, Mandip Gill and Tosin Cole all brining even grater range to their characters over the course of this story. Jodie Whittaker has an empowering presence here as the Doctor too. You see, someone wants to prevent this monumental moment from happening, someone is determined to alter time to ensure that everything bad stays just the way it, and there’s no what in a million years the Doctor is ever going to let that happen! 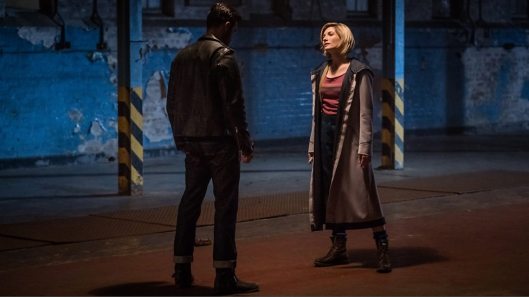 That someone is Krasko (Joshua Bowman) a recently paroled convict from Stormcage who has used a vortex manipulator and a temporal weapon to travel back in time and alter history by preventing Rosa Parks from having to give up her seat on the bus. Fortunately Krasko’s actions in this time have left a trail of artron energy, which enables the time travellers to track him to his lair in the bus works. Krasko’s scheme is a significant threat, but the Doctor soon discovers the ex-con has a mental restrictor in his mind preventing him from actually harming anyone – at least directly. So it’s up to the Doctor and her friends to become involved, each playing their own part in events to thwart Krasko’s plan and that ensure history and Rosa’s pivotal moment in time unfolds as it should.

Like the Ghost Monument, Rosa also had location filming in South Africa, and this time Mark Tonderal brings a very different approach to the look and tone of the episode. The challenge of shooting in South Africa and recreating the period setting of the USA 1955 is brilliantly handled. From the clothes, setting, and vehicles the production and design clearly pulled out all the stops to give the episode a distinct quality all its own for series 11’s first voyage into the past. 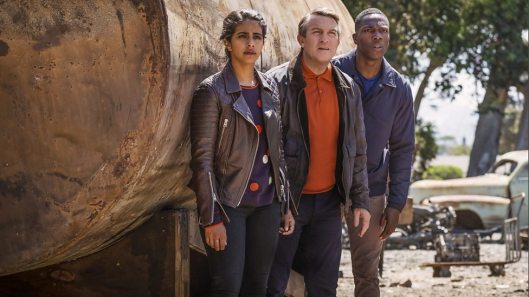 Featuring great character moments for the ensemble cast along with the assured direction of Mark Tonderal, Rosa marks a dramatic change of pace after the quirky fun of the first two episodes of series 11, and indeed historical stories in Doctor Who as a whole. Co writers Malorie Blackman and Chris Chibnall have taken the task of brining issues of racism, segregation, and the Montgomery buss boycott together in the format of Doctor Who incredibly well.

Rosa builds towards a resounding finale as the closing moments draw near, and the TARDIS crew realize that by thwarting Krasko’s plot they themselves have inadvertently become integral to events on the bus as they witness Rosa Parks getting arrested for violating the segregation laws. With the rousing soundtrack at the end called Rise Up by singer-songwriter Andrea Day, together with the coda where the Doctor takes her companions in the TARDIS to show them how much Rosa Parks actions would influence the future, and become an icon for freedom. Rosa is an emotional and challenging episode that stays with you long after the credits have rolled. 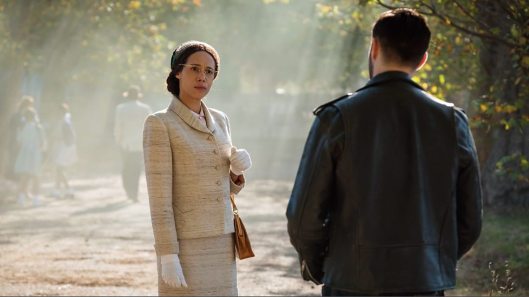 Obviously, the subject matter makes for a powerfully themed episode, but even though Rosa doesn’t have quite the same Doctor Who sci-fi sparkle as previous historically based New Who episodes it’s a resoundingly better story for it. Unflinching, heartrending, and empowering, Rosa is a magnificent addition to this new series, and I for one cant think of any other episode of Doctor Who that has moved me quite as much as this one.

Here’s the trailer for Episode 4, Arachnids In The UK | Doctor Who

15 thoughts on “Doctor Who Rosa Review”