Hello everyone, and thanks for checking out my YouTube Channel! I’ve been enjoying the summer months so not done many videos or walkthroughs for a bit. I’ve just started Infamous Second Son recently; it was free on Playstation Plus this month, so as I’ve never played it before I thought it’d be a good game to stream for my channel.

Infamous Second Son is the third game – or fourth if you count Infamous: Festival of Blood – in the Infamous franchise. The game is a sequel to Infamous and Infamous 2, two great games that I really enjoyed. Infamous Second Son is set in Seattle and takes place seven years after Infamous 2, where the Department of Unified Protection is capturing super-powered people known as Conduits. While Infamous and Infamous 2 featured Cole McGrath, Infamous Second Son features a new protagonist called Delsin Rowe who gains the power to absorb the abilities of other Conduits. As with all Infamous games the decision-making Karma feature plays a key role in shaping the games story, cut scenes, Delsin’s appearance, and the endings.

Here’s my playlist so far for Infamous Second Son

I’m really enjoying Infamous Second Son, some aspects of the game do seem a little dated now, but it looks great, its fun to play, the combat and controls are easy to master, and the storyline is action-packed. There are plenty of side missions to do as well. This is one game I always meant to check out, but for one reason or another I never did, so I’m glad I’ve finally got around to playing it. I’ll stream some more glameplay videos as I work my way through Infamous Second Son, please feel free to like and subscribe if you enjoy them, and thank you all so much for your continued support of Sci-Fi Jubilee and my YouTube Channel. 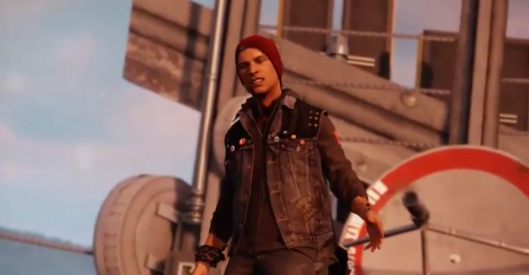